There is no denying that Tailwind is a fantastic marketing tool for Pinterest. In fact, I recommend it to all of my clients and I truly believe that it is 100% worth the money. But in order to make the most out of Tailwind you need to have realistic expectations. I often hear people tell me “ I don’t understand I signed up for Tailwind and my traffic didn’t really increase… I thought Tailwind was awesome but it’s not working for me!” Let’s go over the 5 Tailwind mistakes you might be making and how to fix them!

1. You’re thinking that Tailwind will fix all your Pinterest problems

If you are getting a low return on your Pinterest efforts and clicks are scarce you might be thinking that investing in Tailwind will be the answer to your problems. Tailwind is a fantastic tool to help you execute on a Pinterest strategy and save time doing so. But without a sound strategy, Tailwind is just a “pin pusher”. There are so many elements to a successful Pinterest strategy before you even get to automation. While Tailwind is an amazing tool to automate parts of your Pinterest plan, it will not on its own double or triple your traffic.

2. You’re not utilizing board lists properly

Tailwind allows you to group your boards into board lists, which is a very nifty feature. Make sure you utilize board lists efficiently. I make lists for countries I have multiple boards for, continents and several different lists for group boards. Having multiple lists for group boards allows me to change the order in which pins are distributed – that way I am not always pinning into the same boards in the same sequence.

If you are trying to schedule the same pin into multiple boards and using the “Add to queue” function in tailwind, you are making a huge mistake. Even if you end up shuffling your pins, there is no guarantee that a bunch of them won’t end up getting pushed out in a row on your schedule. Instead, make sure to use Tailwind interval scheduling tool and schedule your pins to be pushed out to your boards lists every 2 to 3 days. That is a safe interval to wait before pinning the same pin to a different board.

Tailwind tribes are my absolute favoring Tailwind feature. Now I know tribes power ups have to be purchased separately but trust me tribes make a big difference in getting your pins out there (especially if you are just starting on Pinterest and you don’t have a lot of reach yet). Tribe owners hold tribe mates accountable to sharing other members’ content. But you get to choose what to re-share so if you are really picky about your pins, you will love the freedom of tribes!

5. You’re using up your submissions on crappy Tribes

I know I just hyped up tribes…. but not all of them are created equal. If you have limited tribes submissions and you use them up in tribes that are not getting you any additional reach, you’re basically throwing money down the drain. I usually give .a tribe a full 60 days before deciding if I should stick around and leave it – that’s because people who add pins to their queue might actually not pin them live for a few weeks. But after 60 days, I like to inventory my Tribes and check the stats – if a tribe is giving me re-shares but no repins, it’s time to ditch and replace it!

A few months ago Pinterest officially came out and said that “Pinterest Group Boards are being devalued.” A lot of panicking and rash behaviors ensued – people started archiving and leaving group boards, suddenly stopped pinning to them without gathering any data to back this up. It is true that Pinterest is no longer favoring group boards, and that distribution of those pins in the smart feed is not what it used to be (if you compare to the hey days of group boards in 2016/2017). But that doesn’t mean high quality groups boards are dead. Tailwind actually gives you a lot of insights on which group boards are gems and which ones are duds by providing you with their virality scores. So make sure you look at this data before you completely drop them.

Tailwind automation can be a blessing and a curse. Because it’s so easy to make a gigantic board list with 50 group boards and set it on autopilot. Tailwind can give you the illusion that you’re doing all the right things when in fact you’re just filling up slots. Make sure you always audit the performance of your group boards before continuously pinning into them.

So there you have the 7 Tailwind mistakes a lot of people make that are hurting their Pinterest traffic! Tailwind can be a fantastic tool but it can also be utterly useless and a complete waste of money. It all depends on how you’re using it!

Julie totally transformed my Pinterest account and the look of my pins.  She is always helpful in giving me advice... 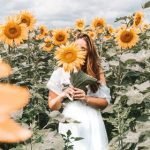 Julie totally transformed my Pinterest account and the look of my pins.  She is always helpful in giving me advice about my content and considerably increased my Pinterest reach and clicks to my site.
https://julielaundis.com/testimonials/anabelle/
0
1
Julie Laundis

This error message is only visible to WordPress admins

Any cookies that may not be particularly necessary for the website to function and is used specifically to collect user personal data via analytics, ads, other embedded contents are termed as non-necessary cookies. It is mandatory to procure user consent prior to running these cookies on your website.